Stop what you are doing right now and lie on the floor. Well, maybe read through this first, but then lie down on the floor!

In the last Breathing 101 post we looked at some of the common problematic breath patterns. Here’s the first step to understanding your pattern(s):

1. Lie on your back with your knees bent, feet flat on the floor. 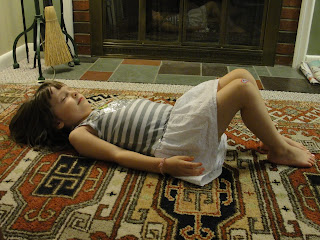 2. Rest your hands on your belly. 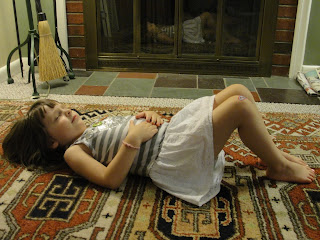 3. Allow your eyes to fall closed, turning your attention inward.

4. Breathe through your nose and notice the motion in your belly as you inhale and exhale.

If your belly isn’t rising on the inhale, can you think about softening it – try softening your jaw first and see if that helps. It can take time for the belly to soften, we hold A LOT of tension in our belly area. Try letting go of tension as you exhale, imagining your body melting into the floor.

5. Once you feel the softeness of your belly, move your hands to rest on your rib cage. 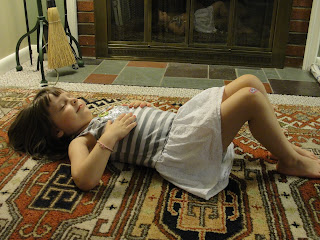 6. Notice the expansion of the ribcage on your inhale. The lower ribs are where you should feel the most expansion as that is where the bulk of your lung tissue is.

If your ribcage isn’t expanding, see if you can bring attention and intention to the lower ribs and see them flaring out in your mind’s eye. The ribs function like a pump handle on inhalation and exhalation.

7. Place the hands back on the floor. Continue to breathe through your nose and notice how the belly AND ribcage expand on inhale.

Once you can sense the motion of your inhale and exhale in your belly and ribs. Turn your attention to the quality of your breath. Is it smooth and easy, or are you forcing with extra effort? Stop forcing, if you are. No one gets anywhere by muscling their way around. Are your inhale and exhale equally easy or is one held back?

After trying this on the floor you can take it with you and do it at your desk, while sitting at the piano, driving in your car, eating dinner etc. Just commit to observing without judgement and see what you find out.

Enjoy and let me know what you discover!

*special thanks to my 3 year old who was remarkably compliant when I asked her to lie on the floor and let me take some pictures!

When is that last time you took a really deep breath? As singers we tend to be more aware of breathing than the average person, but so many singers who have come into my studio in the last decade have needed to cultivate a deeper awareness and understanding of their breathing to ensure it is really working to enhance their singing voice and not working against them.

Pranayama is the Sanskrit word for extension of the breath, or prana. Prana (breath) is the life force, or vital energy. At its best, the breath will help quiet a busy mind, revitalize a tired body and soothe a languishing spirit, not to mention what it does for the singing voice. If you have a breathing pattern that isn’t leading you down this path, it definitely isn’t helping your singing in any way. 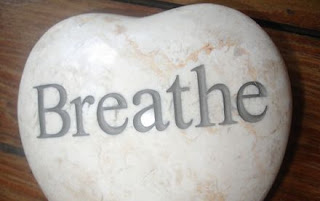 There are several problematic breathing patterns that I see regularly in my studio: reverse breathing, clavicular breathing, over breathing and breath holding.

Clavicular Breathing: in this state, the lower ribs aren’t flaring out when you inhale. Instead, your breath is high and shallow. Clavicular breathing contributes the stress response which is fine when you are running out of a burning building and want adrenaline coursing through your body to keep you alert, but it is not what you want when you are performing. With this type of breath you aren’t accessing the lowest lobes of the lungs which are a key part of triggering the relaxation response.

See what you notice about your own breathing over the course of the day. Do any of these patterns sound like something you are doing? Our next breathing 101 post will give you some pranayama exercises to work with your breath and keep it as free as possible.